We have had ALL the seasons over these past few days, sometimes two seasons per day!
Posted by Arlene (Beth) at 8:47 PM 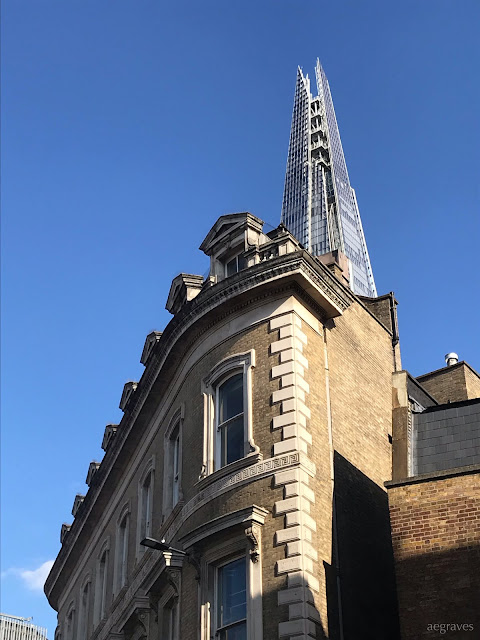 I've been to London on business several times (five?), and have rarely had time to just SOAK in it.  So, as my third city to meet my third friend, pre-Brexit London seemed like a fantastic choice.

Ultimately, she didn't come, but I had a great time, in a mix of hot-to-rainy weather, mostly indoors.

The UK (or at least the British element of it) brings to mind images of tea and teacups, the Queen, British New Wave bands (I can finally visit without having ABC's Tower of London, the Clash's London Calling, or the Smith's Hairdresser on Fire on endless loop in my head), and various other icons from an earlier era.

Yet, London is an extremely modern, international city, and so I focused this trip on experiencing ultra-modern things: contemporary art by living artists (Studio Olafur Eliasson, whose work is always so fantastic, have a show at the Tate Modern!! YES, I did plan around this!)  , design award shows focused on making the quality of life better for us, and on the constructs that AI systems create, and street art.

There are so many flavors of London to experience!

Photos of London, UK by A. Elizabeth Graves 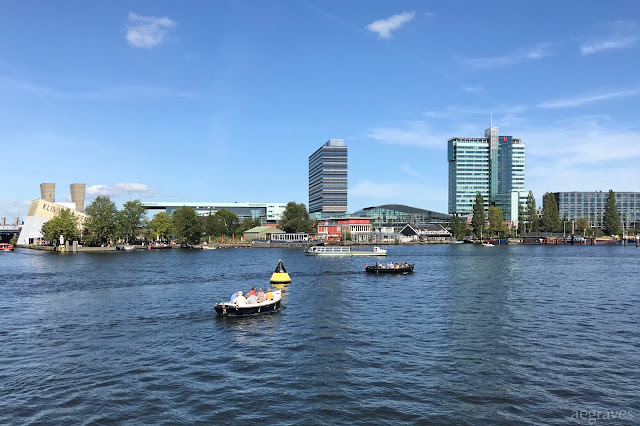 After a lovely time in The Hague, I took the train to Amsterdam.

I see Amsterdam all of the time in movies much as you likely see my hometown of San Francisco in movies: as a backdrop for international intrigue and the occasional car chase. :)  I was sure that the same few parts of town were always in movies (true!), and wanted to branch out and escape the crowds.

Happily, I had a German friend with me (CM), and she had always stayed in the tourist core and was ready and eager to branch out and see the shiny NEW districts.  So we had a pleasant set of adventures.

Photos from a first visit to Amsterdam, Netherlands by A. Elizabeth Graves

The Hague is lovely 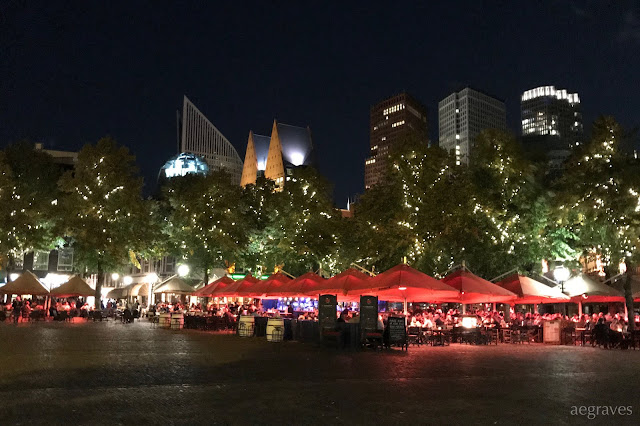 Yes, I left my travel-heavy global position at the end of last year, and have been posting LOCAL photos (mostly) since then.  Also, I've used my time off to take care of others after their surgeries, or to have dental surgeries of my own.  (INSERT NUMEROUS SAD FACE EMOJI HERE)  I haven't taken a real vacation all year... until this month!

I wanted to use miles I earned during my business travels to enjoy myself, booked everything in April and May, coordinated my visits with three friends in three different countries... and then the airline I was relying on had a labor dispute, and cancelled my flights.

I managed to rebook and still take the trip, so I am lucky.

My first stop was The Hague, which has always been famous in my mind for the tribunals where global justice plays out.  It is also a charming city.  Here are some touristy photos from my first visit, during stormy weather.

Just over fifty photos taken in The Hague, Netherlands by A.E. Graves 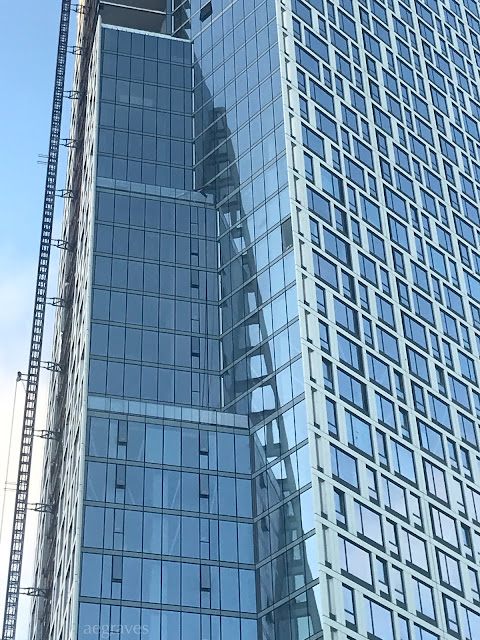 The area around Market and Van Ness streets is getting taller, and in a very shiny way.  I travel in that area now and then, and it is going to change a lot more in the coming years, so I am READY!
Posted by Arlene (Beth) at 9:46 PM

And the building with a folder paper boat top 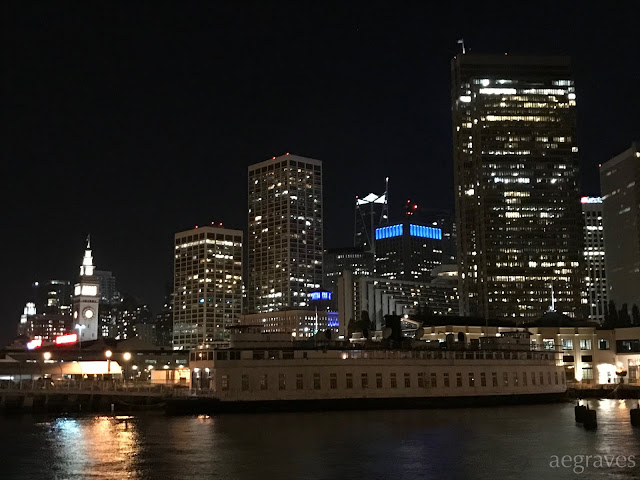 (I realize that only people who folded paper boats will know what I mean, but I'm okay with that.)
Posted by Arlene (Beth) at 9:46 PM

Getting used to the new, tall tower 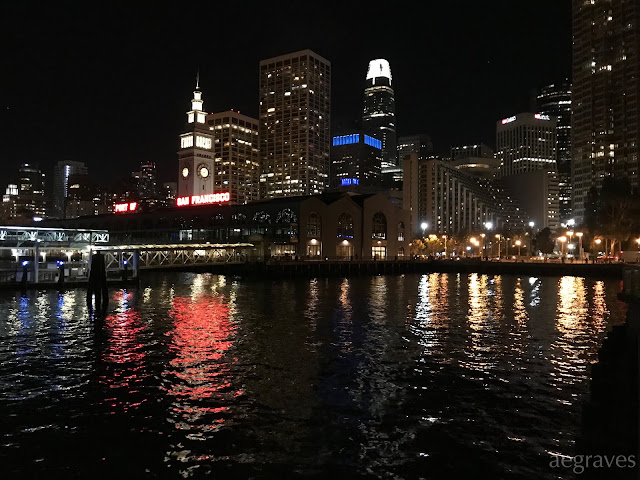 You never realize how much seeing a skyline that matches your memory of it is a habit, until it changes and you keep trying to match what you remember.

I don't mind Salesforce Tower.  I don't.  It just keeps surprising me by being there.
Posted by Arlene (Beth) at 9:45 PM 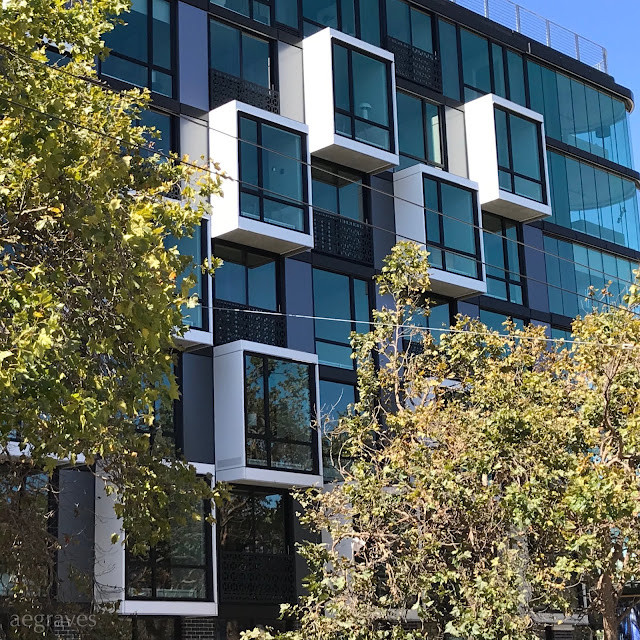 It's tempting to be giant and just push them in, to see if they work like buttons.  Or maybe I've just had too much coffee...
Posted by Arlene (Beth) at 9:45 PM