Araucariaceae in my neighborhood 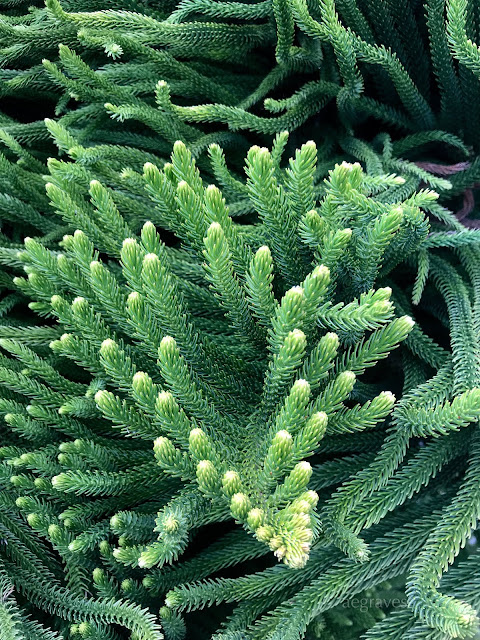 This one was topped, perhaps more than once, and has decided to fill all the space it is allowed to...  It is so TOUCHABLE.
Posted by Arlene (Beth) at 8:07 AM 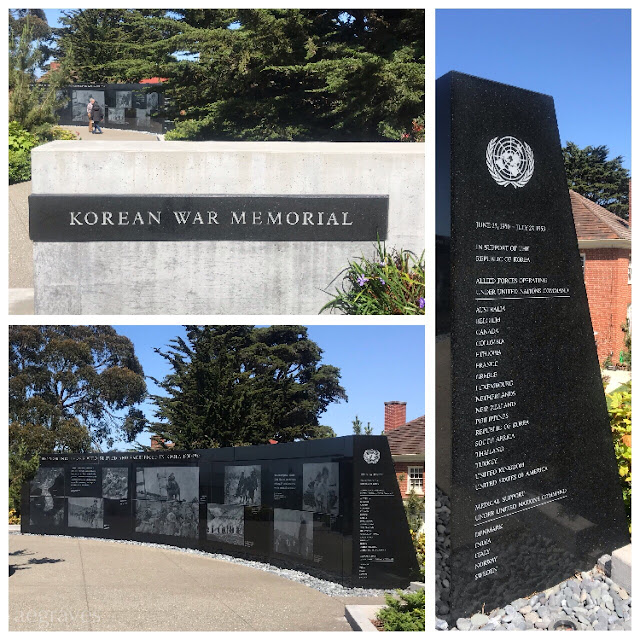 Construction on the replacement approach to the Golden Gate Bridge kept me out of a large swath of the Presidio for the past few years.  (Who likes construction fences and wind-blown soil?  Not me!)  As I slowly reclaim old routes, I finally returned to this area to the west of the Main Post, to see the immaculately new looking Korean War Memorial.

This is my first visit - appropriately timed for Memorial Day Weekend.
Posted by Arlene (Beth) at 7:34 PM 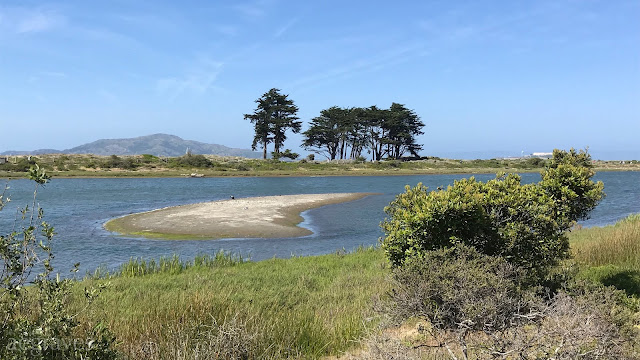 When I was growing up, this lagoon was covered with a gravel airfield.  We'd sit in what was basically an abandoned parking lot to watch fireworks on Independence Day.

Luckily, forward thinking people intervened, and restored the area to a much better condition, and a haven for birds.  (Amusingly, the lagoon has taken matters into its own hands, and has reshaped itself a few times, beyond where humans wished it to go...  but it's all working out!)
Posted by Arlene (Beth) at 7:34 PM 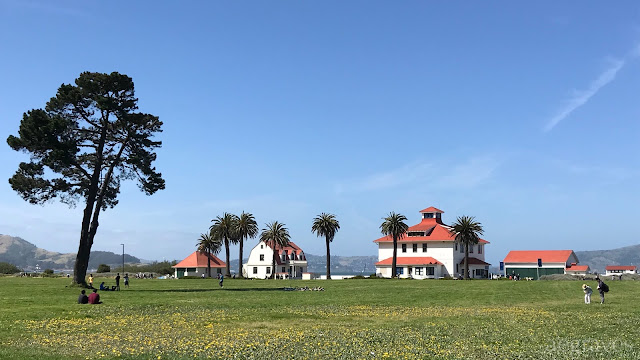 I feel so lucky to have such an amazing NATIONAL PARK in my hometown!
Posted by Arlene (Beth) at 7:32 PM 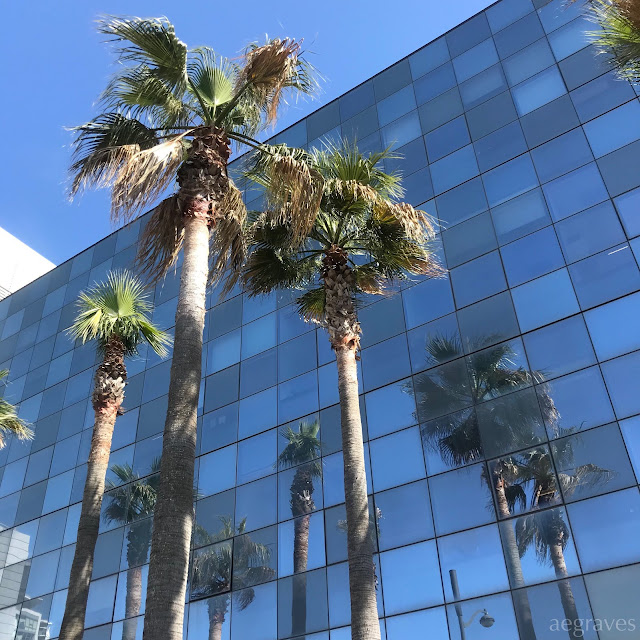 Many of us San Franciscans have mixed feelings about palm trees.  They aren't a local tree, and they are associated with places much warmer than our foggy summers suggest - such as sunny Southern California, which is why clever merchants make so much money selling coats and thick hoodies to tourists here.  We aren't so warm, but our trees might trick you!

There are some heavy, wide palms that were planted in the 1970s down Dolores (near the Mission of the same name), and those have been there long enough that we pretend they chose to be there naturally.  They are stocky and slow-growing, and feel nearly Victorian in their stodginess.  :)
Posted by Arlene (Beth) at 7:04 PM 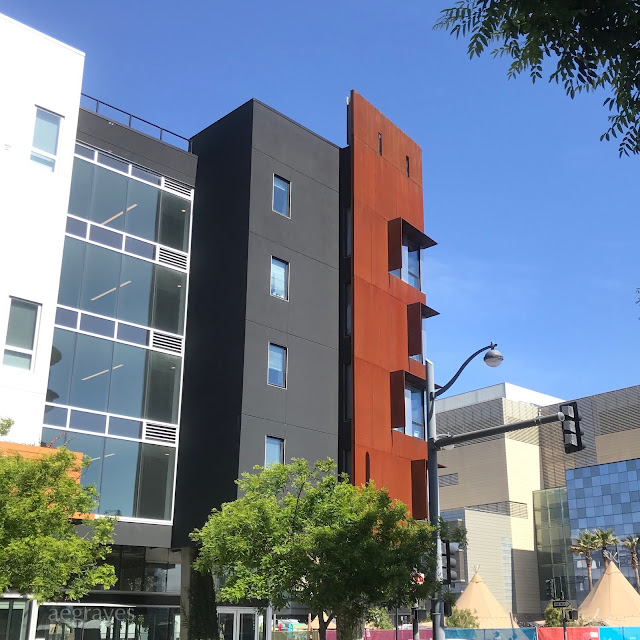 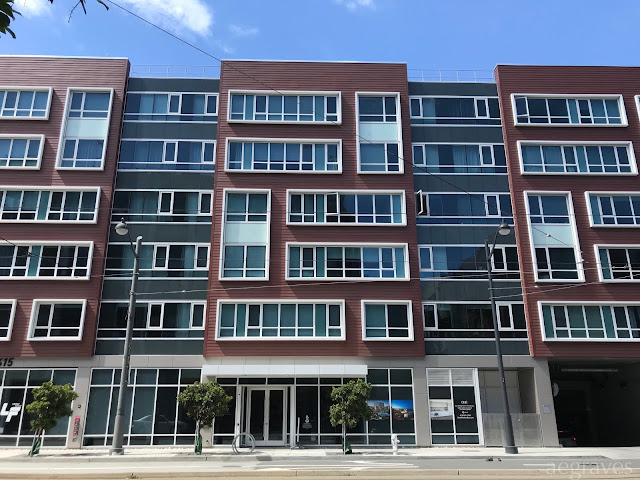 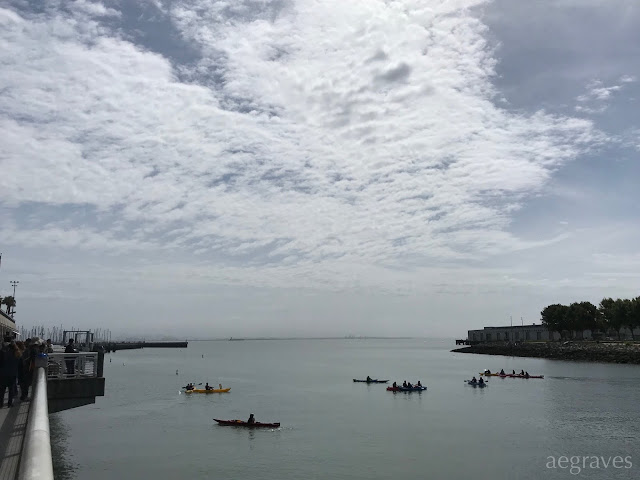 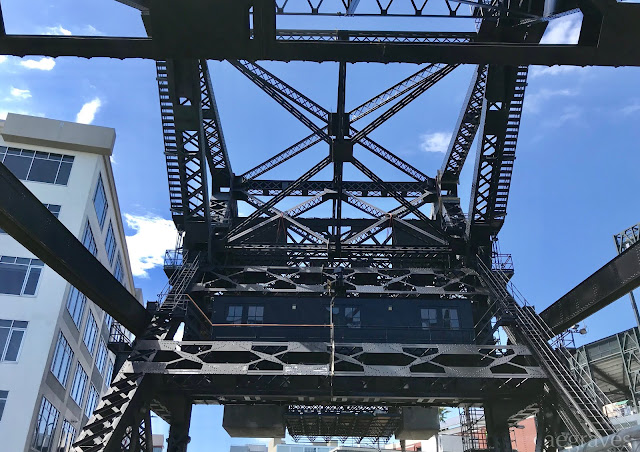 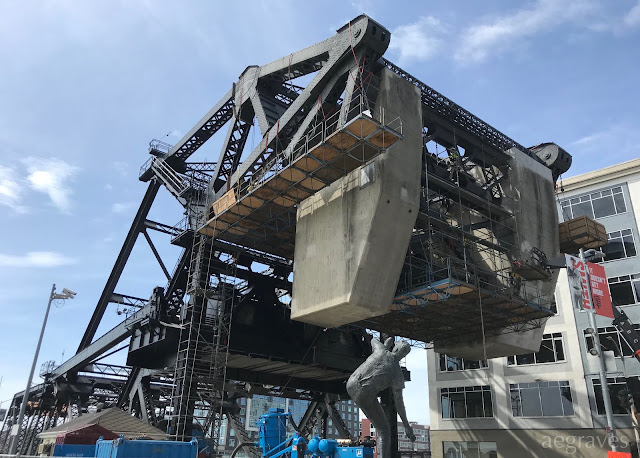 I suppose the bridge is holding up well if most of the scaffolds are hanging FROM it during its restoration...
Posted by Arlene (Beth) at 7:01 PM 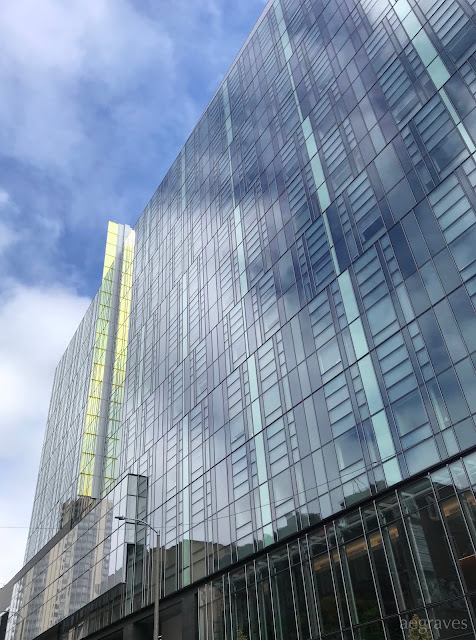 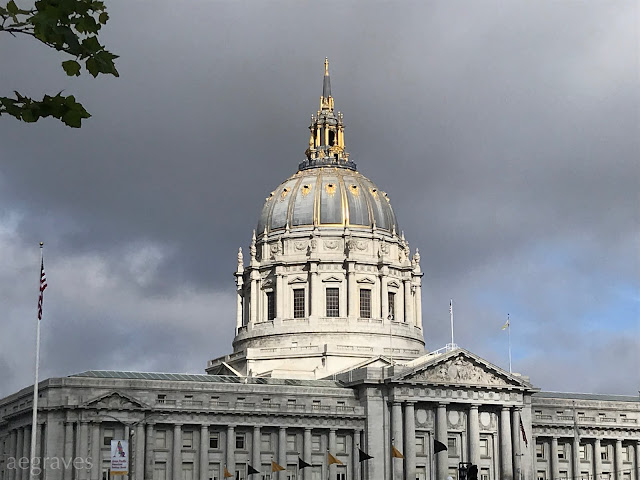 Now is not the time to stop my massage 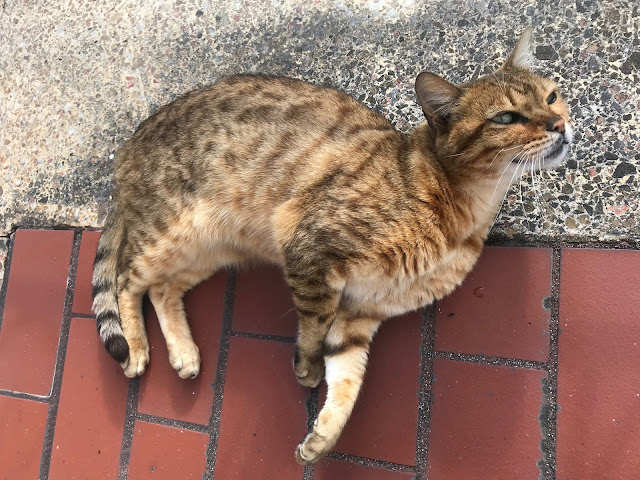 Terra Cotta on the Corner 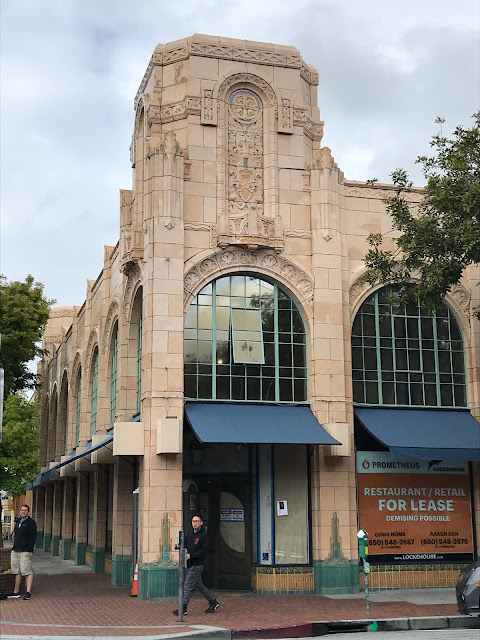 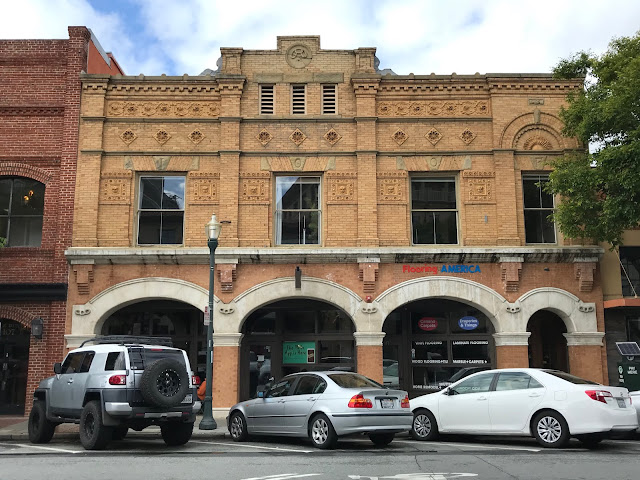 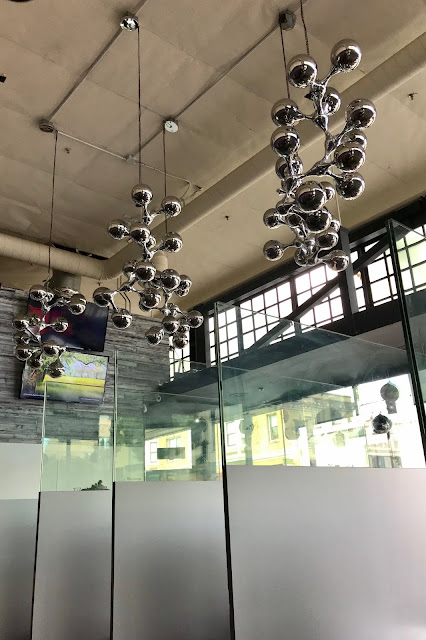 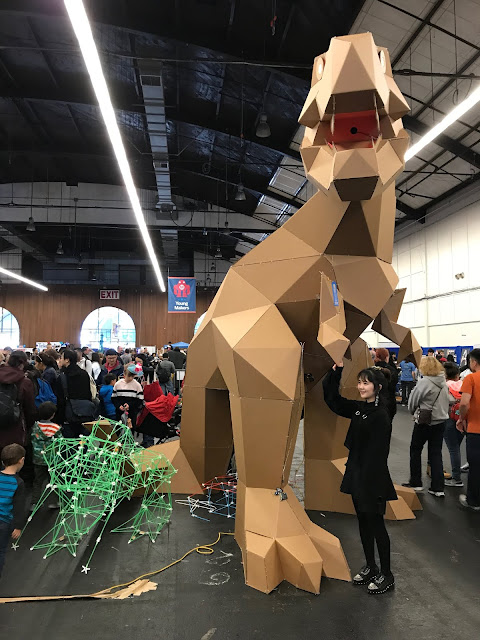 Because: of course it is!  Everyone should get to enjoy going to science fairs that overflow an event center and have sculptures that walk or blast fire.  I'm lucky to live in the San Francisco Bay Area, where both adults AND their children joyfully celebrate science.

Also: I WAS GIVEN NASA STICKERS.  *dancing*  My work laptop has just been improved many many times over!

There are some fun things to highlight:

There was also a piece that is what any Tardis of mine would likely look like, called Axis Mundi, which I'll link to below:

Axis Mundi is a geometric shrine in the form of a 6-sided gazebo, made entirely of LED lit, laser cut panels. Emerging from the inside of the structure sits a 3ft tall kaleidoscope. Within the mirrors of the kaleidoscope is an ever changing , infinitely reflected globe of organic growth, cosmic convergence, and fractal patterns. 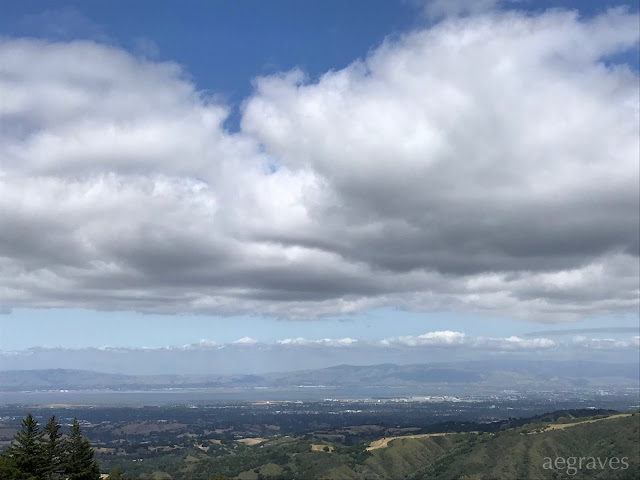 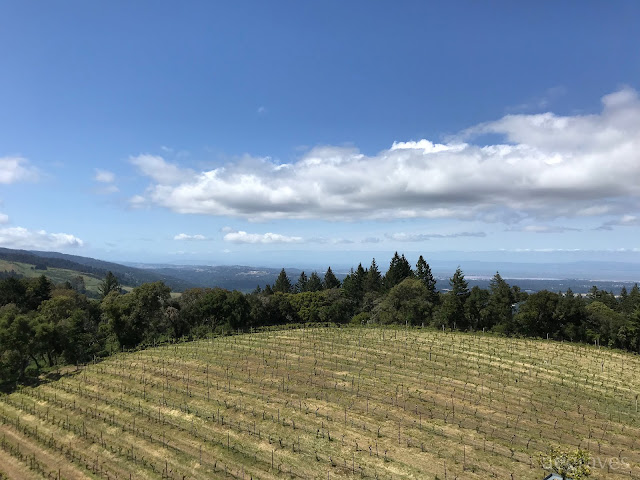 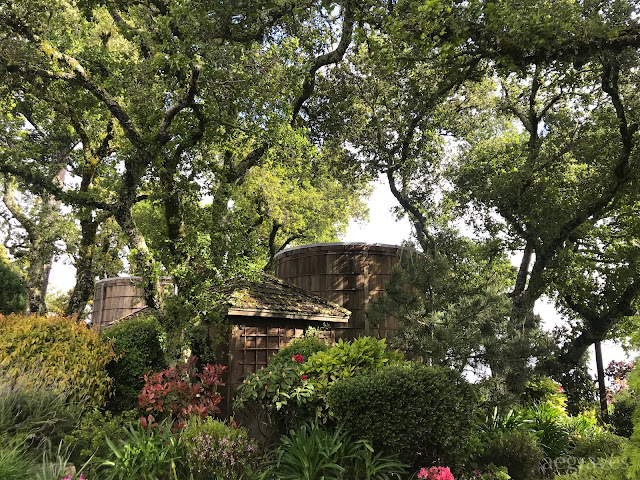 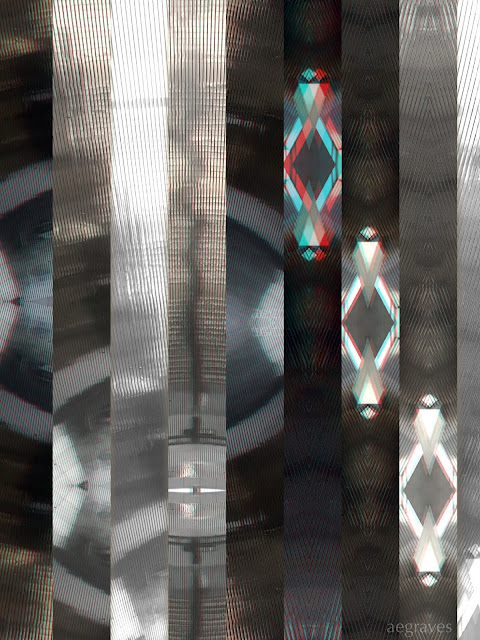 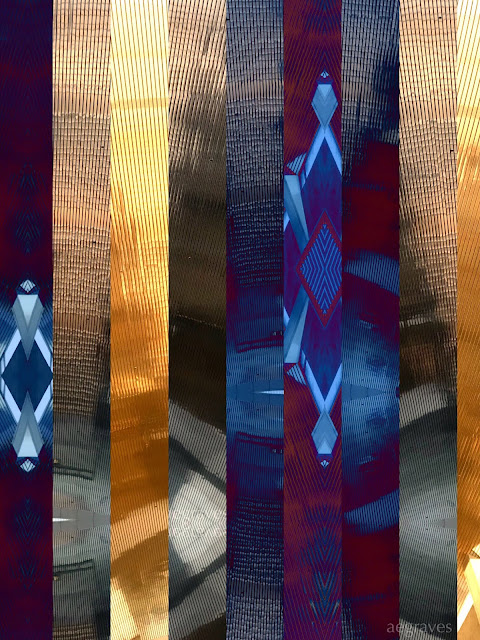 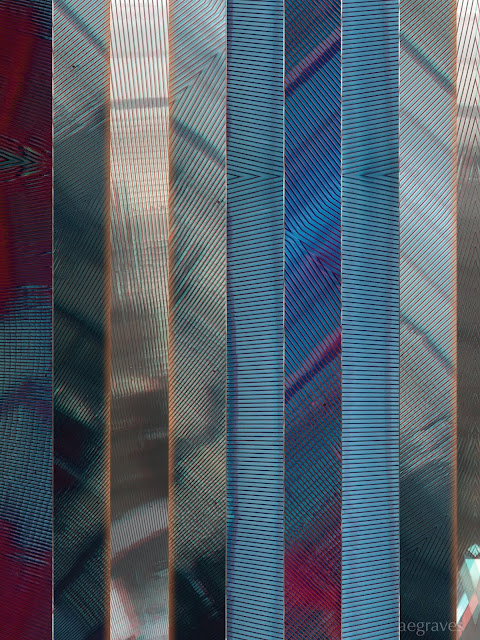 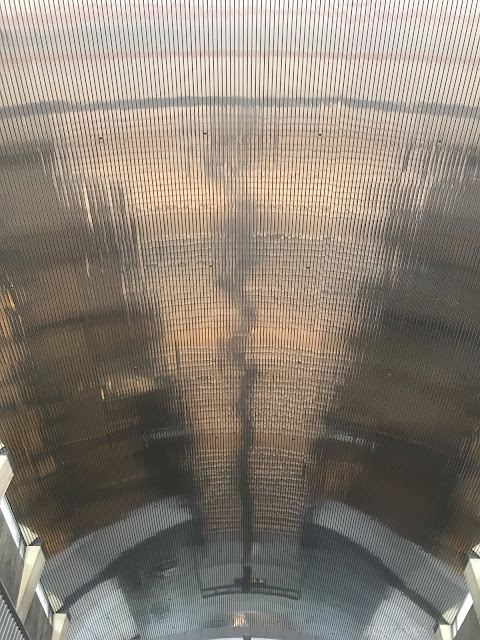 I appreciate the design of our local BART stations.
Posted by Arlene (Beth) at 8:05 PM 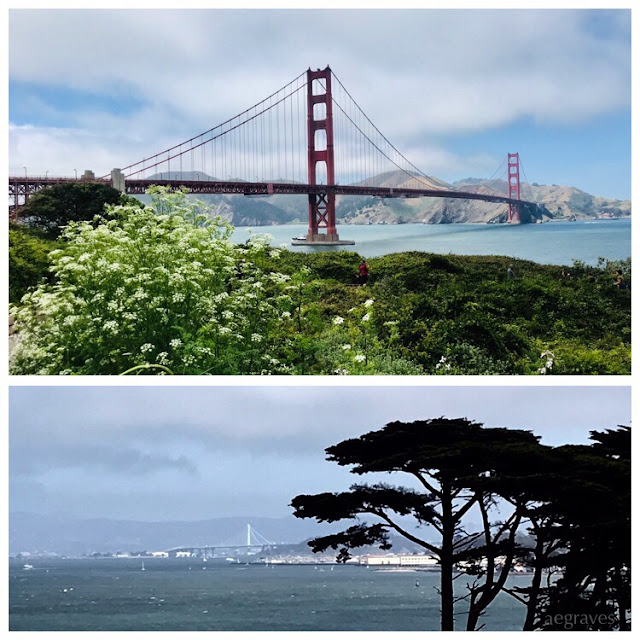 The Presidio was packed today, despite the wind and fog (Happy Mothers' Day!), and so wasn't the best place to have a peaceful walk; but I had a refreshing walk, and I'll take it.

I'm still not accustomed to the new eastern part of the San Francisco-Oakland Bay Bridge (at bottom).  I don't have close photos of it, even though it has been open since 2013; the remains of the bridge it replaced remained into 2018, and so complete views haven't been clear until recently.
Posted by Arlene (Beth) at 7:24 PM

My day in four colors 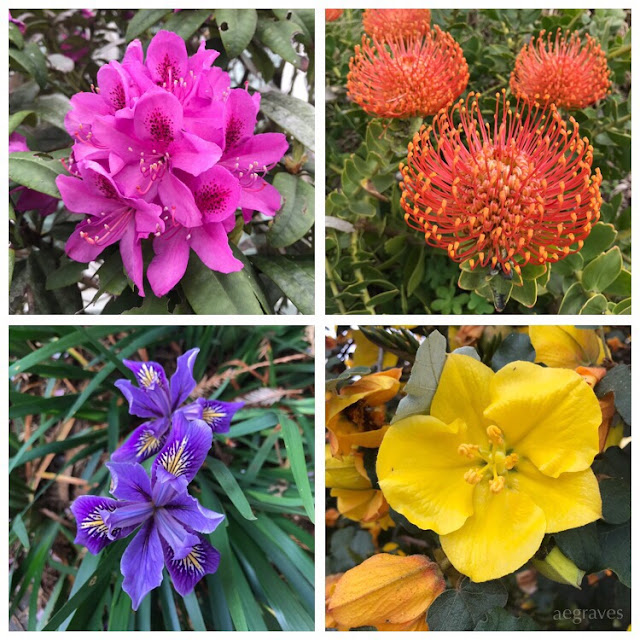 Three of these are in my own, foggy neighborhood today.

The Scent of Lilacs

I am surprised and delighted that the German language has a special word for the scent of lilacs.

I was trying to explain (in German) what I most enjoy about spring, and apparently, I am not alone in this!

I am completely charmed by Jamie Bardsley's installation as the Museum of Craft and Design. Here is a link to her site, to see her engaging work, which involves complex assemblies created from relatively simple, elegant components: 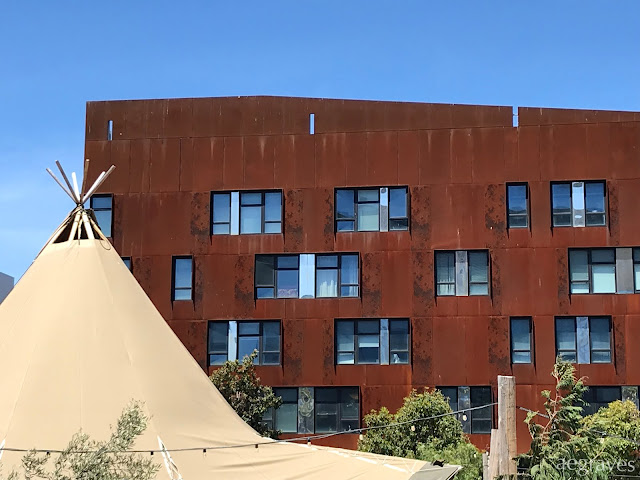 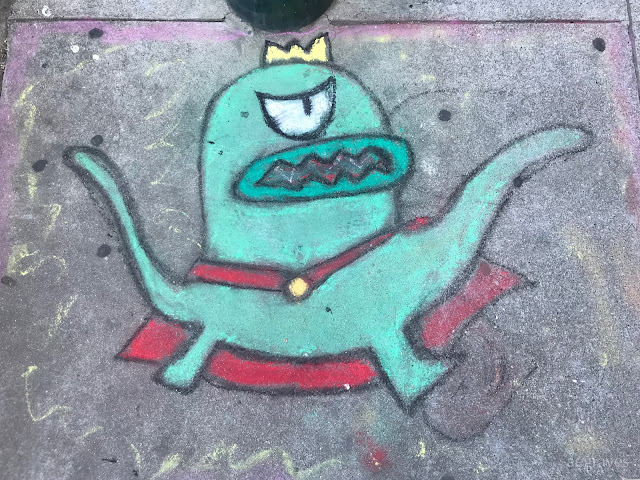 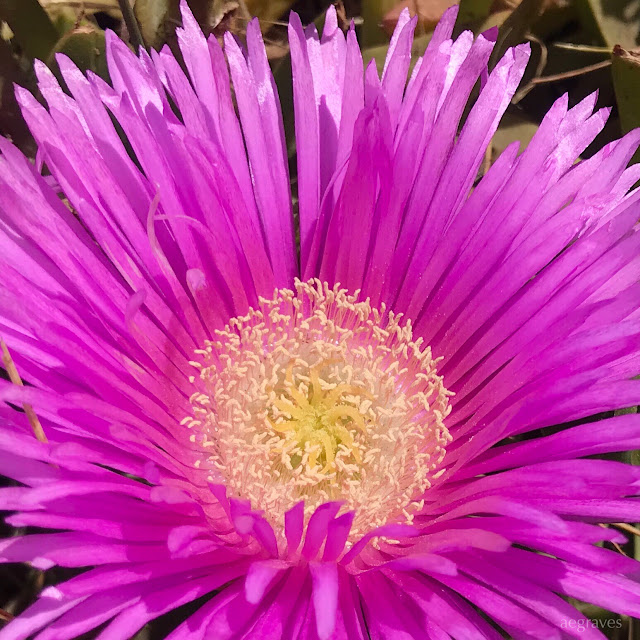