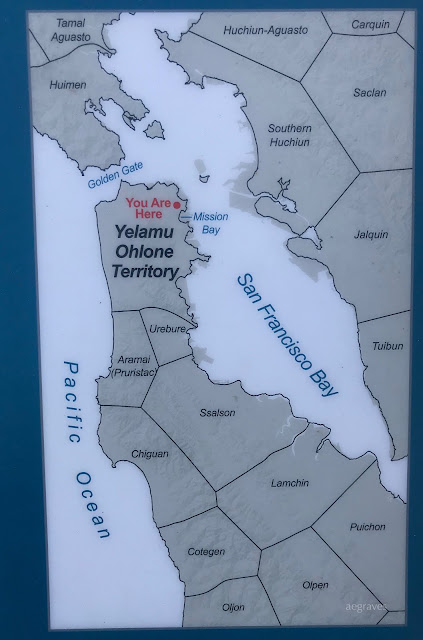 There are some "new" interpretive signs at the bridge atop Yerba Buena Gardens that heads toward the original Moscone center.  It has great information on the old shoreline, and the archeology that has cropped up during construction work.

This map shows the names (used by archeologists? collected by Spaniards exploring the area?) of locals who were disrupted/displaced by the later arrivals, including the Spaniards, Mexicans, and Americans who took over the region.

(Whenever people talk about immigrants, I remember that I live on land that has been controlled by the Ohlone, Spain, Mexico, AND the U.S.  We are the immigrants!)
Posted by Arlene (Beth) at 9:53 AM